Futures Without Violence Policy Center advocates for legislation that prevents violence against women, children and youth, supports healthy families and communities and helps victims of violence and abuse survive, heal and thrive.

Based in Washington, DC, the FUTURES Policy Center leads important conversations on how to create safety and reduce violence utilizing a public health approach based on science that advances gender and racial equity.

FUTURES’ policy work is fueled by partnerships and a strong advocacy network. Find out more about what we’re working on now and how you can get involved. All Kids Safe and Well

Primary prevention is an important part of a continuum of support for children and young people because it provides upstream support that builds protective factors and mitigates risk factors before a crisis can occur. We joined Committee for Children in the All Kids Safe and Well national campaign! Our goal is to advance access to programs and services that build young people’s essential life skills as part of primary prevention and wellness promotion in a full continuum of support.

This Domestic Violence Awareness Month, we’ll be honoring and centering survivors in the workplace, and exploring why economic justice is survivor justice. This month we’ll cover four different topics, with new information and resources coming out each week on Wednesday to include: Domestic Violence Survivors and Policymakers Co-designing Child Welfare Practices and Policies
People of color who live the problems we aim to solve have the most important information and the most unobstructed point of view.

FUTURES seeks to inform and advance federal legislation that prevents violence, helps survivors of violence and abuse heal, and builds protective factors that allow adults and children to thrive, such as access to health care and economic opportunity. We work to advance equity and address the social drivers of domestic violence, sexual assault, human trafficking and child and youth violence.
Violence Against Women Act (VAWA)

PASSED! On September 13, 1994, Congress passed a groundbreaking law called the Violence Against Women Act. The bill finally put the full force of the federal government into efforts to stop domestic violence and sexual assault and help victims. Since then, it has provided the funds for a national network of shelters and rape crisis centers, services and supports for victims, training and education, and reshaped our criminal justice system. Since its passage, domestic violence against adult women has declined 64 percent.

In 2022, VAWA was reauthorized. The new VAWA includes more culturally specific resources, including for Tribes and LGTBQ people, more focus on teen dating violence, help for children exposed to violence and additional resources to help victims secure housing or address sexual harassment and violence at work. To see a section by section summary of VAWA, please see here. To read the full bill, go here.

Since its original passage in 1984, FVPSA has served over 1.3 million domestic violence victims and their children during one of the most vulnerable points in their lives. FVPSA provides critical funding that survivors rely on for domestic violence services such as housing, emergency shelter, transportation, childcare, and medical and legal counseling. Survivors and their families cannot wait for Congress to reauthorize this critical legislation!

The Child Abuse Prevention and Treatment Act is the cornerstone of the nation’s efforts to prevent child abuse and neglect. First passed in 1974, CAPTA provides grants to states to prevent child abuse and neglect, improve how systems respond to it and funds small amounts of training and research on how to reduce maltreatment. It has been reauthorized numerous times, most recently in 2010. It has also been amended since then to better address the overlap of substance use disorder and child maltreatment. While the majority of funding for the child welfare system actually goes to fund foster care placements for children after they have been removed from their homes due to neglect or abuse, CAPTA funds community-based services that help prevent the need for foster care. For a more complete history of CAPTA and explanation for all that it includes, please see:

The 2010 reauthorization of CAPTA was noteworthy in that it included an increased emphasis on addressing domestic violence among families involved in the child welfare system.

The 2010 CAPTA reauthorization created a new category of “allowable services” under CAPTA for “developing and implementing procedures for collaboration among child protective services, domestic violence services, and other agencies in (a) investigations, interventions, and the delivery of services and treatment to appropriate and (b) the provision of services that assist children exposed to DV and that also support the caregiving role of non-abusing parents.”15

For a more detailed summary of how CAPTA addresses the overlap of domestic violence and child abuse, and how states adapted, see the following report: Report (2014) on 2010 bill and how it addresses DV

A updated and improved version of CAPTA, known as the Stronger Child Abuse Prevention and Treatment Act passed the House of Representatives in March of 2021, and the Senate passed their version of the bill out of the Health, Education, Labor and Pensions subcommittee in June 2021. It now awaits a final vote on the Senate floor.

For a summary of the of the latest version of the bill that passed the Senate HELP committee, go to CAPTA Section by Section Summary.

PASSED! The Victim of Crime Act’s (VOCA) Crime Victims Fund (CVF) is a non-taxpayer source of funding that supports thousands of crime victims services providers serving millions of victims of crime annually and is funded by monetary penalties associated with federal criminal convictions.

Passing the VOCA Fix Act increases deposits into the Crime Victims Fund by depositing monetary penalties associated with deferred prosecution and non-prosecution agreements into the CVF as well as monetary penalties associated with convictions. This continues funding for services that provide support to millions of domestic violence, sexual assault and child abuse survivors.

Earlier this year, President Biden passed the VOCA Fix act thanks to efforts of over 1,600 organizations and government agencies advocating for this important bill.

Congress passed the first bipartisan federal gun legislation in decades and Biden signed it into law on June 25th, 2022. The Bipartisan Safer Communities Act allocates funding and support for initiatives including mental health programs, improving access to services and telehealth under Medicaid and CHIP, crisis intervention programs, expansion and implementation of red flag laws, penalizing gun trafficking and straw purchases and partially closing the boyfriend loophole. FUTRUES applauds the effort to take this important step towards life-saving policies and remain deeply concerned that some of these efforts including school safety measures could potentially harm particular students with disabilities as well as students of color. Read our full statement, a summary of the bill, and full bill text below.

The Workforce Innovation and Opportunity Act (WIOA) was implemented to help job seekers access job training and education, gain high-quality employment, and receive critical tools and services in order to succeed in the labor market. WIOA has a specific focus of assisting those with increased barriers to employment, such as people with limited work experience, criminal histories or disabilities, get and maintain high-quality jobs. Many workers access WIOA through local American Job Centers, also called One-Stop Centers, that provide a broad range of employment services.

WIOA is especially critical for survivors of gender-based violence as it is designed to help workers with high barriers to employment, like survivors, receive the training and education they need to find and maintain high-quality jobs. The Act specifically discusses assisting displaced homemakers, people who have been providing unpaid services in the home and relying on the income of another family member, get high-quality jobs.

To read a more in-depth summary of WIOA, please see our WIOA primer.

In 2020, WIOA’s authorization expired. As a result, Congress drafted a reauthorization (HR 7309) which has not been signed into law yet. In May 2022, HR 7309 passed the House with bipartisan support. It will now be sent to committee in the Senate. This brief details the importance of domestic violence survivors having access to affordable, reliable, and flexible child care. Research shows that the inability to access affordable, reliable, and flexible child care can keep survivors out of the workforce, force them to remain with abusive partners for financial stability, and endanger the health, safety, and wellbeing of their children. The Child Tax Credit provides critical support to survivors of domestic violence. For families with children, the importance of the monthly CTC payments cannot be understated – it allows them to meet their families’ basic needs, reduces hunger, keeps families in their homes, and diminishes daily financial stress. New state guide on employment rights for survivors of sexual assault, domestic violence, and stalking reveals there are few states providing enough and robust workplace protections  for survivors of violence. 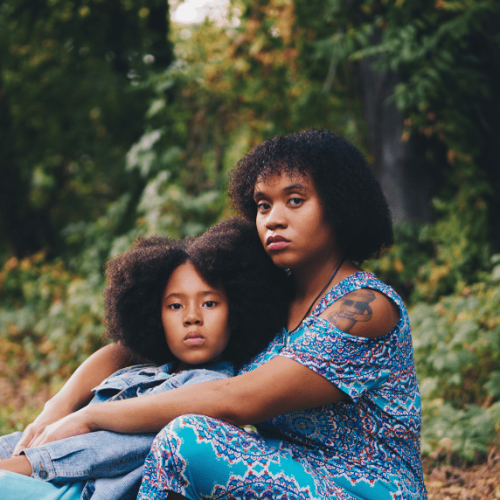 It takes courage to heal from violence, and call it what it is. Read our response to JD Vance’s statements implying victims are obligated to stay in violent marriages.

Stay up to date on our latest legislative and policy news.